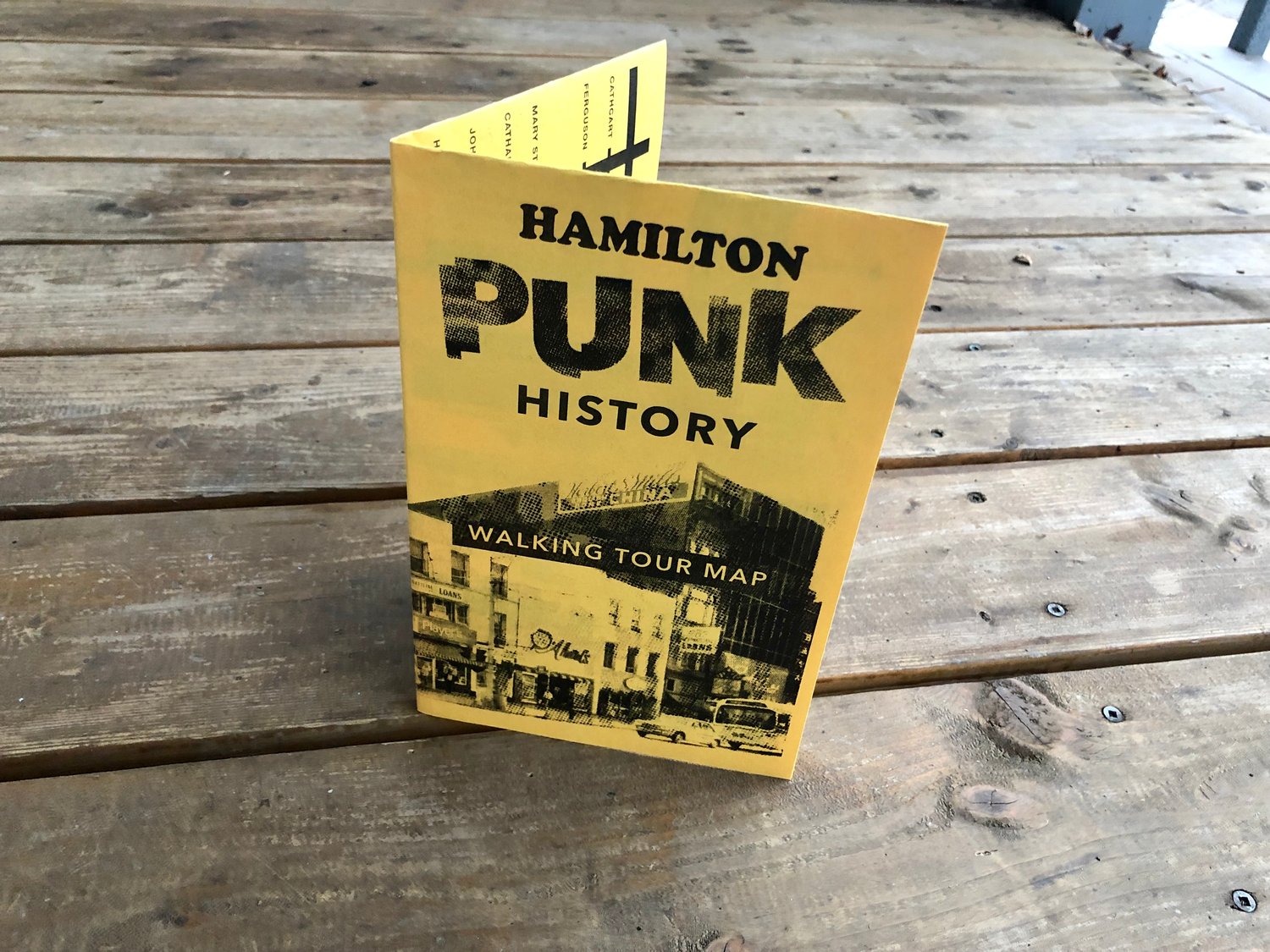 1979, Hamilton, Ontario. Television was unwatchable, and radio sucked. the downtown core was at the beginning of a long decline, the victim of aggressive urban renewal. At the same time, many high school graduates were streaming into Hamilton's steel mills on the promise of well paying jobs. Fuelled on music magazines boasting the latest sounds out of the UK and USA purchased at the cigar store on King and James, bored kids spent their hard-earned cash on stereos, instruments, and records by day, and let off steam watching live music at night. These were just a few of the conditions that led to the birth of punk in Hamilton.

This walking tour map celebrates some of the key sites that played a part in shaping the trajectory of Hamilton punk. Hamilton's earliest bands, Simply Saucer, Teenage Head and the Forgotten Rebels, were at the centre of a musical and social scene that gave birth to decades of punk bands and fans. With this map retrace the steps of punk's past, and learn an underground history of Hamilton.