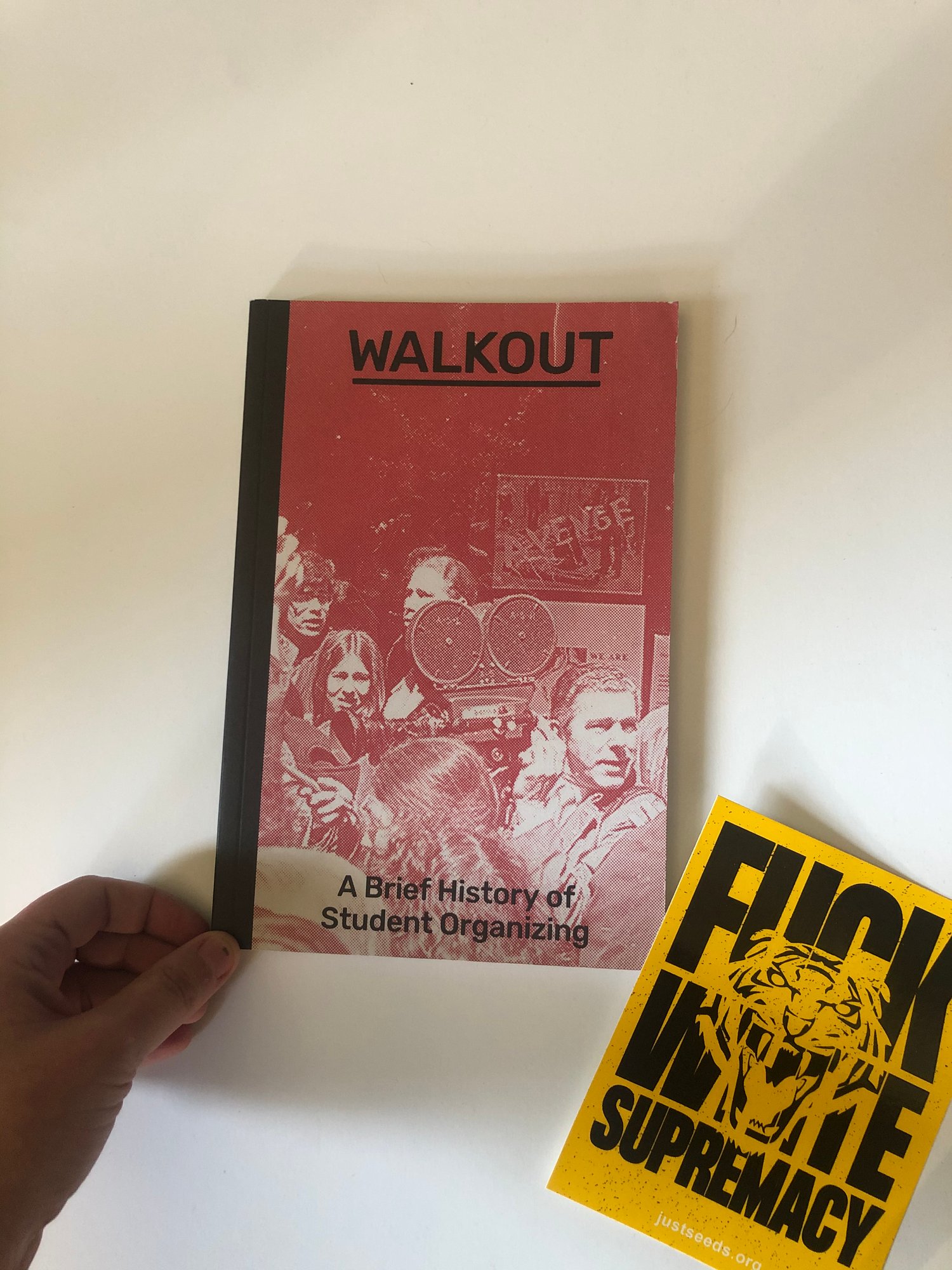 May 2020 marked the 50th anniversary of the Kent State and Jackson State massacres, which set off a historically large-scale student strike across the nation. With the anniversary as an entry point and frame of reference, this 96-page full color publication uses posters, buttons, pamphlets, flyers, zines, and more—to examine the broader scope of student movements that both led up to and followed those of May 1970.

Based on Interference Archive’s online exhibition of the same name, Walkout: A Brief History of Student Organizing focuses on how student organizing emerged in the post-World War II era as the avenue through which postwar generations could participate in public dialogue and critique existing systems, becoming voices of change. Organized by decade, materials in this publication focus on student organizing in the United States but make reference a the broader global context of student protests in France, Brazil, Japan, Mexico, and Canada.